Ready to Get Back to Living?

Is It Suppose To Hurt When I Run?

Running often gets a bad rap. I hear people frequently say they gave up on running because it hurt or because a medical provider told them to. Now, I recognize some people just don’t like to run and if that’s you, this blog isn’t for you. Running is an activity that pushes our bodies to their maximum function, requiring more flexibility and strength than our typical daily routine. So, it is common at some point to experience some pain with running if your body has a deficit in flexibility or strength. Unfortunately, once people begin to experience pain with running, they are often encouraged to quit, or they just push through it. Unfortunately, pushing through often leads to more breakdown and they at some point may be forced to quit. If you don’t make that decision for yourself, you might be told by a medical practitioner that you should stop running. But if running is a normal, developmental activity that we are built for, why should we stop just because we have pain? 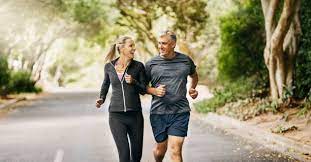 On average, children begin to walk around 9 to 15 months.  As they progress, they will generally begin to run around 18 months.  And for many kids, once they begin to run, they can be hard to slow down, often choosing to run rather than walk anywhere they go. Watch kids on a playground. While some may be sedentary, talking or interacting, many are chasing or racing, and some are just running to get from one activity or area on the playground to another.

For some, running remains a joy even into adulthood, maybe because it gives them that feeling of “freedom” they felt as a child.  Recreational runners are often viewed as “abnormal,” because many think, “Why would anyone enjoy running?”  But there is no arguing our bodies are built to run.  And for those who enjoy it, I want them to be able to do it as long as possible.  Keep in mind, however, running is an activity that pushes our bodies to their maximum function, requiring more flexibility and strength than our typical daily routine.  So, it is common at some point to experience some pain with running if your body has a deficit in flexibility or strength.  Unfortunately, once people begin to experience pain with running, they are often encouraged to quit, or they just push through it.  Unfortunately, pushing through often leads to more breakdown, which may force you to quit at some point.  In some cases, a person might be told by a medical practitioner that he or she should stop running.  But if running is a normal, developmental activity that we are built for, why should we stop just because we have pain? When people complain of pain with walking, we don’t tell them to quit walking.  We recognize that if walking is causing pain, then something is wrong.  Running is no different.  If someone is experiencing pain with running, then there is typically a deficit that can be corrected.

Running itself is not destructive even to the joints.  It was thought for a long time the impact of running causes microtrauma or microfractures to the subchondral bone (the layers of bone just underneath the cartilage).  In other words, running would contribute to more rapid onset of arthritis.  While there have been both animal and human studies to show increased prevalence of arthritis in more active subjects, there are also studies that have found no significant difference in the prevalence of arthritis in runners versus sedentary individuals.

So, what do we make of all this?  As I mentioned previously, running pushes the body to its limit of flexibility and strength in many areas.  In fact, running can help maintain flexibility and strength in some muscle groups better than any other activity.  But if the body isn’t moving properly, something is going to break down.  Most people can address the flexibility and strength deficits to allow them to continue or return to running.  So, if you’re one of those people who likes to experience that freedom to run and something is limiting you, give us a call.  Let us help you identify the deficits that are limiting you and address it, so we can keep you running as much and as long as possible. 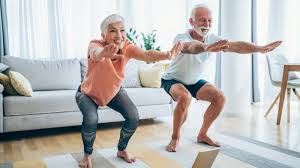 The Forgotten Prescription For Movement Disorders

Hearing the diagnosis of any neurological disease can be a scary and overwhelming time for a person and their support system. A neurological disease is defined as a “disorder that affect the brain as well as the nerves found throughout the human body and the spinal cord”. The most common include multiple sclerosis, Parkinson’s Disease, and strokes. While there is no easy fix, neurologic disorders can often be well controlled with modern medical advancements. An often forgotten about intervention, however, is the role of movement and exercise which are often an afterthought in a management plan rather than part of early interventions. But in the wide world of exercise options the question is: Where do I begin? 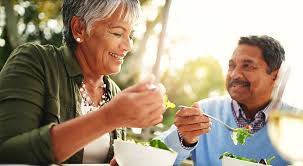 Nutrition and It's Role In Healing

Research indicates that exercise has many benefits to cognitive and physical function, but your food intake and nutrition also play a vital role in your health. What are you using to fill your body? Sugary sodas, processed snacks, and inflammatory foods? Or rather, are you FUELING with appropriate nutrient-dense foods? 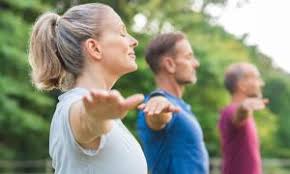 How Do You Build Healthy Habits?

As the years pass by and the next stage of life endlessly continues to sneak up on us, it is inevitable that our life circumstances, and our daily habits change along the way. Regarding healthy habits, this often means having less time for exercise, and being less intentional about what we put in our bodies. Habits are great to help our brains save energy. However, when we develop habits that are detrimental to our health and wellness, they will perpetuate our pain, fatigue, poor self-image, and lack of confidence.